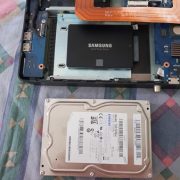 I have come across a few customers recently who have older computers and are getting increasingly frustrated with how long things are taking to open. Over the years of use and collecting data from downloading programs and temporary internet files building up.

Computers are like cars really, every year or 10k kilometre intervals you take your car in for a service to change the oil, rotate the tyres, repair any rattles and give it a tune-up. Same goes with computers, I like to give my computer a good clean out each year to remove any clutter, data log files, temporary files and unwanted programs that have been installed and you find you are no longer using them.

In this day and age computers and mobile devices are so readily available and it’s easier than ever to download and collect stuff on our devices.

Have you noticed the capacity of your devices are getting larger and larger so we can collect more stuff?

Here are a few tips on cleaning up your drive to hopefully get a little more speed out of it.

DEFRAG your hard drive, this is the standard practice in which the software looks at the physical location of the files and attempts to optimise these files so the computer does not have to search around so much for the files it needs. If you download and delete a lot of information a defrag should be completed once a week.

If you do this regularly and it’s still not improving how you would like, there is another option that I have recommended to many customers. Upgrade the Hard Drive to a Solid-State Drive (SSD). The speed you get out of an old computer is amazing, files open instantly, programs open immediately, waiting for images to load before you can view them is a thing of the past.

SSD drives used to be rather expensive however due to their popularity the prices have come way down and are now very affordable. SSD drives can be installed in computer and laptops alike.

This can be a perfect time to install a fresh Operating system and just restore the files and programs you need or you can clone your original drive and keep all your settings, programs and email exactly how they were, the only difference everything is 10x faster.

Contact me at Brisbane IT Guru https://brisbaneitguru.com.au/index.php/contact-us if you have questions. 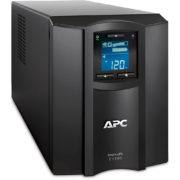 Over the past two months in the Brisbane area, we have had several storms and some electrical storms. I have noticed an influx of computers that have been storm damaged due to a power surge/spikes.

I have noticed on all the computer jobs that I have done the power boards people are using say they are surge protected but in 100% of cases, they are not adequate to stop a surge or power spike from destroying their computers. The $5 power boards from Big W are just not built to protect your electronics.

Fortunately, my customers have had the right insurance coverage and the insurance companies have replaced the damaged computers.

There is, however, a preventative solution and it’s not an expensive one either.

UPS stands for “Uninterrupted Power Supply” a device that provides battery backup when the electrical power fails or drops to an unacceptable voltage level. Small UPS systems provide power for a few minutes; enough to power down the computer in an orderly manner, while larger systems have enough battery for several hours.

The price for a UPS start at around $135.00 which is not much more than surge protection boards, this is also a lot cheaper than a new computer and potential loss of all your data and photographs.

Contact me at Brisbane IT Guru https://brisbaneitguru.com.au/index.php/contact-us if you have questions. 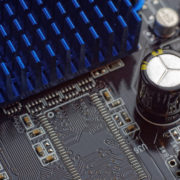 Looking for the best VPN service for your business? Let’s consider different VPNs and where they fit.

A client-based VPN is a virtual private network created between a single user and a remote network.

Note that while IPsec was the client VPN protocol of choice for many years, SSL is more often used these days.

Client-based VPN apps make it easy for your users to connect their laptops or mobile devices to your private resources from anywhere.

Network-based VPNs are virtual private networks that securely connect two networks together across an untrusted network. One common example is an IPsec-based WAN, where all the offices of a business connect to each other across the Internet using IPsec tunnels.

There are several kinds of network VPNs. We’ll look at three of the most common:

The simplest kind of network VPN is the standards-based IPsec tunnel, and most network routers and firewalls are capable of building one.

IPsec tunnels that use some flavour of crypto access lists to define the traffic that can flow through them are generically termed policy-based VPNs.

Use policy-based IPsec tunnels when you need to build a single tunnel between two sites to provide carefully controlled access to resources.

The current version of DMVPN expands the idea of IPsec point-to-point tunnels into a cloud of connected networks. With DMVPN, any network can talk to any other network directly across the DMVPN cloud.

Implementing DMVPN requires devices that can terminate a DMVPN tunnel.

DMVPN is a complex technology, requiring the use of GRE tunnels, IPsec, NHRP (Next Hop Resolution Protocol), and a routing protocol, all interdependent components that allow full mesh communication.

Use DMVPN to connect remote sites to a larger corporate network across the public Internet using a standard router configuration that’s hands-off once completed.

DMVPNs eliminate the need to know remote IP addresses, allowing for dynamically assigned IPs to connect to the infrastructure securely, registering their IP address with the DMVPN NHRP hub router. This allows the solution to scale as high as thousands of participating sites. The end result feels like a traditional WAN connection.

As a bonus, I thought I’d briefly mention L3VPNs, the most commonly deployed application over multiprotocol label switched (MPLS) networks.

MPLS is most often found in service provider networks. MPLS allows service providers to virtualize their networks so customers can share the physical network but still be kept logically separate.

There’s so much more information about the best VPN service and how it suits your specific needs. I’d love to have a chat with you if you are considering what might work best for you. 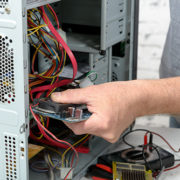 At Brisbane IT Guru, we make your IT and computer services as simple and as easy as possible with exceptional service and reasonable pricing to suit all budgets. My service is prided on being punctual, reliable and friendly, with quality technical knowledge that goes the extra mile to ensure customer satisfaction.

If you’re looking for computer repairs in Brisbane, the Redlands, or Logan, we can help. We assist with setup, computer repair, data recovery, and all types of IT support. We c 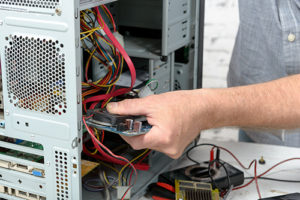 an look after your home computers and laptops, as well as providing computer solutions for small to medium sized businesses.

With extensive experience covering over two decades of work in the IT industry, we’ve pretty much seen it all; this means we can troubleshoot your problem quickly and efficiently and allow you to get back to work, back to study or simply back online now. We understand how much failing systems, slow or broken computers, or other IT problems can impact on your personal life or business. We just want to get you up and running as quickly as possible so you or your staff can get back to work.

Because we work in and around Brisbane, the Redlands, and Logan, there are no travel fees or charges, just one fair and affordable flat. So, if you are looking for computer repairs in Brisbane, or perhaps ongoing support or maintenance, you have come to the right place, we are here to help.

All work is completed by Andrew, the owner of Brisbane IT Guru. Andrew doesn’t hire technical support, he is technical support. This means that he can provide exceptional customer service, high-quality knowledge of computer systems, and a real personal touch with every single customer. This is his business, so he wants to ensure that every customer is happy with their support. 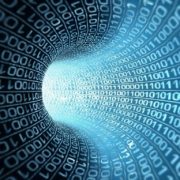 Protecting Your Business Against Ransomware

Ransomware. The term itself has an eerie ring to it. It is one of the newer threats, a serious one, plaguing businesses and individuals alike.

Gone are the days when malicious files would simply cause headaches and inconveniences such as duplicating folders and spamming you with ads; they could be removed with a couple of simple scans using an antivirus. However, ransomware is a much greater threat to anyone who has digital information worth safeguarding.

Before we begin solving a problem, understanding it is paramount. Ransomware is defined as software that run with the intent of locking you out of your files, or at least claiming that your files have been infected, while requesting payment or ransom to unlock them. It is the digital equivalent of kidnapping, instead of people, your data is held hostage.

There are several grades of ransomware spread out on the internet:

How to safeguard against ransomware?

Although there is no sure-fire way of protecting yourself from ransomware, there are methods you can use to give yourself a fighting chance against them.

Steps to take if infected with ransomware?

Suppose you take all the necessary steps and still fall prey to a ransomware attack, here’s what you should do next:

In case you got infected before you were aware of the safety measures listed above, here’s what you do:

However, if all the above steps fail, your next best option would be to get help from our services that offer comprehensive data recovery or computer help in Brisbane. The famous saying, prevention is better than the cure, rings true in the case of ransomware too. Hence, make sure that you take all necessary precautions to prevent an attack on your precious data.

WE’LL COME TO YOU!

Servicing Redlands, Logan, Coorparoo, Mt Gravatt and Holland Park regions. Alternatively we can log in and remote service your equipment.